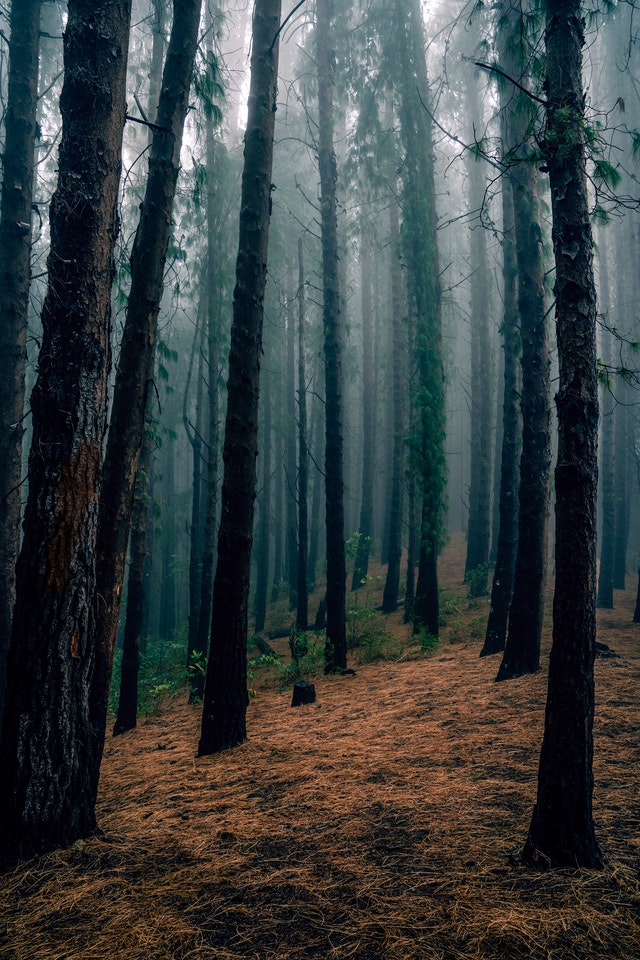 On any given day, parks help your kids get some much needed playtime, let your family experience the great outdoors, and allow you to take in the joyful scent of freshly mown grass. This is why they are considered a viable way to ensure the health and well-being of families throughout the United States.

In addition, parks also hold the inspiration for many home lawns, which helps gardening enthusiasts boost the aesthetic of their own landscaping. Learning about the type of grass in Central Park and knowing what type of grass is used at Petco Park all leads green thumbs towards modeling their own lawn to perfection.

At Lawn Love, our landscaping experts fully understand your affinity towards lawn care. While our modern solutions help you take care of your lawn at affordable prices, our dedication to landscaping motivates us to share relevant information with our Lawn Love family on a frequent basis.

Today, we are going to look at the top 10 largest national parks in the United States. This wouldn’t only help you get some inspiration for lawn care, but also allow you to learn what type of grass is used in parks all around the country.

Most common types of grasses used in parks

Before we look at the list of the largest American parks, let’s learn about the most common types of grasses used in parks throughout the country.

This is an immensely popular choice for public and athletic parks. It is sturdy enough in structure to handle high foot traffic, yet rich enough in aesthetics to maintain a vibrant color. Its rapid growth is one of the reasons why this grass is so sought after by these places.

Often touted as one of the best grass types by lawn care aficionados, tall fescue is another popular choice for public parks and spaces that’s found throughout the United States. It has a striking aesthetic that stands out at first glance and stays consistent with continued usage of the turf.

Red fescue is often considered a staple for mountain and camping sites, which is why you can find it among some of the most popular national parks. If you want a dense grass that is fit to handle high foot traffic, red fescue won’t disappoint.

Used throughout the world, perennial ryegrass is known for its exceptional visuals and performance as a turf grass. This is why it can be easily found throughout a variety of parks and recreational spaces. This is also the type of grass in Central Park, which is used in combination with bluegrass and fescue.

Bermuda grass is widely used in sports parks and stadiums all around the U.S., including the Yankee Stadium and AT&T Park. If you wanted to know what type of grass is used at Petco Park, it’s also Bermuda grass in combination with ryegrass. A few reasons behind this grass’ popularity include its rapid growth, high fertility, and striking aesthetic.

Now that you know what type of grass is used in parks, here’s the lowdown on the top 10 largest national parks in the United States.

Spanning across 13,005 square miles, this largest national park of the United States hosts some of the highest peaks in the country. In addition to boasting of a massive area, the Wrangell-St. Elias National Park also holds various glaciers and Alaska wildlife.

The park hosts 79 species of grass over its expansive area.

What else could prove Alaska’s prowess in natural heritage than snagging the top two spots on this list? The Denali National Park has 7,408 square miles of area. It’s famous for its rich wildlife and unforgettable natural sights.

The park is known to hold 60 different species of grasses.

We get it, the name’s ominous. But that’s the park’s only present-day connection to the macabre. Spanning across 5,270 square miles, this dual-state park is rich in vibrant visuals, sky high peaks, and reptilian sights.

The valley is known for being the only natural host of swallenia or Eureka dunegrass.

Not to be confused with the Glacier National Park in Montana, the fourth-largest American national park also belongs to the State of Alaska. With 5,037 square miles of area, the Glacier Bay National Park and Preserve shows why it’s named that way with an abundance of glaciers and natural formations to boot.

The Glacier Bay National Park hosts an expansive variety of grasses, which all grew on the newly-exposed land after the thick layer of glaciers melted away from it.

One of the most popular mentions within the top 10 largest national parks in the United States, the Yellowstone National Park nabs the fifth place with its 3,468 square miles of area. But its reach across three states, an array of wildlife, and the status of being the world’s first national park make it stand out on this list.

The park has a variety of grasses, with the native Ross’ bentgrass standing out due to its uniqueness.

Another spot on this list, another mention of Alaska. The Kobuk Valley National park boasts of 2,735 square miles of area along with the largest active sand dunes in the region. While it’s the least visited national park in the country, it does have a unique aesthetic that makes it worth a visit.

The Kobuk Valley National Park also holds a wild variety of sparse grasses,with the Kobuk locoweed plant being native to the area.

The Everglades National Park spans across 2,188 square miles of area, and has a different yet fun experience to offer than many of its rockier counterparts. It offers bicycling, boating, camping, birdwatching and canoeing.

Due to its subtropical climate, the park also holds an array of grasses, including but not limited to muhly grass, Florida bluestem, and Elliott’s lovegrass.

Perhaps one of the most popular national parks in the United States, the Grand Canyon stands proud with over 1,878 square miles of area. It offers one of a kind land formations, acoustics, and nature-based activities. If you need to experience the Earth in its rawest yet most unique form, Grand Canyon deserves a visit from you.

Some of the grasses in the park include Indian ricegrass, blue grama, black grama, and big galleta.

Staying true to its name, the Glacier National Park hosts a large variety of glaciers over its 1,583 square miles of area. It is also known for its lakes, exploratory roads, and camping opportunities.

Common grasses in the area include timothy grass, leafy spurge, and pinegrass.

With 1,442 square miles of area, the Olympic National Park offers dense and rich greenery that sticks with its visitors due to its vibrancy. From ancient forests to high mountains, the national park has an array of sights to offer to its visitors.

Since the area offers immense biodiversity, it holds a large number of grasses within its lands.

Knowing about these national parks and what they can offer you in terms of inspiration goes a long way in planning your next family trip.

While you prepare to get your traveling gloves on, don’t forget to reach out to Lawn Love. With our experts just a call away, we can have your lawn reflect the aesthetics of your favorite park in no time.