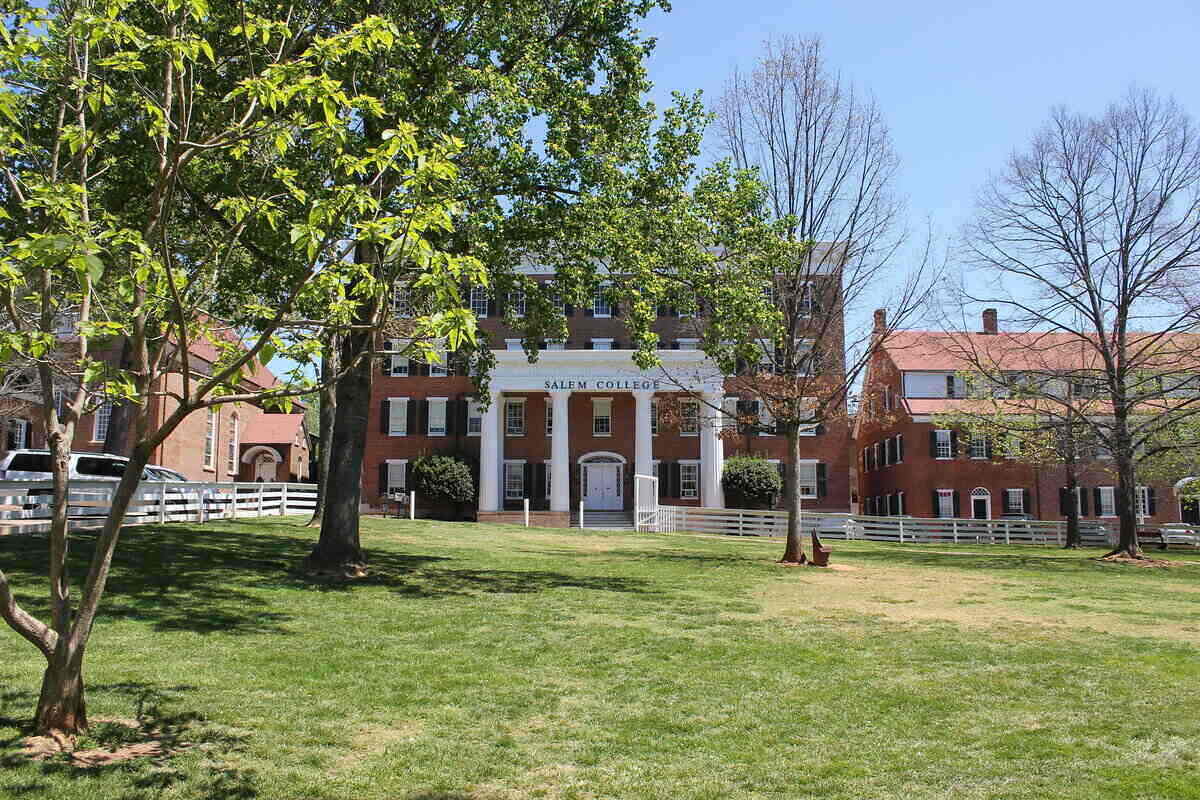 Thanks to Central North Carolina’s cold winters and hot summers, you can grow just about any kind of grass here. Homeowners in this region are absolutely spoiled for choices when it comes to replacing dead lawns or planting grass for new construction.

With so many options, how can you tell which lawn would be best for you? Read on to learn the optimal growing conditions and other qualities of the best grass types for the Piedmont Triad area.

The Piedmont Triad in the transition zone

You get to choose between so many different grass types because the Piedmont Triad sits in what’s called the transition zone.

What’s the difference between cool-season and warm-season grasses?

In the Piedmont region of North Carolina, cool-season grasses typically stay green throughout winter but show signs of stress in the heat of summer. They will go dormant and turn brown if the temperature rises higher than 90 degrees Fahrenheit.

Because they can’t stand the heat, cool-season lawns need more water during summer than their warm-season counterparts. Higher water usage could become a problem with 60% of North Carolina in a moderate drought (at the time of this publication).

Fine fescue can refer to several fine-textured grass species, including creeping red fescue, Chewings fescue, hard fescue, and sheep fescue. All these grasses thrive in shade and may not survive in full sun because of the Piedmont Triad’s 80+ degree summer temperatures.

Homeowners often choose to mix fine fescue seed with other cool-season grasses (usually Kentucky bluegrass or tall fescue) to make the other grasses more shade-tolerant and to help fine fescue spread, since most varieties can’t spread on their own.

Kentucky bluegrass (KBG) is one of the most popular cool-season grasses in North Carolina and throughout the northern United States. People love it for its attractive look, with a dark green color and medium texture, and its ability to spread and recover from damage or stress.

KBG may not do so well planted on its own in NC’s Piedmont region, but it can improve turfgrass mixes. It’s often mixed with fine fescues or tall fescue to increase its shade, heat, and drought tolerance and to increase the traffic tolerance of the fescues.

In North Carolina, homeowners typically use perennial ryegrass for winter color in the lawn. It has the benefit of establishing quickly, so it’s great for new lawns, but it does not spread once established. That means it can’t repair damaged or dead patches without reseeding.

Tall fescue is low-maintenance and hardy, making it a favorite grass type for many North Carolina homeowners. It tolerates heat and drought better than other cool-season grasses, so it gives you the best chance of keeping a cool-season lawn green through summer. It also grows in partial shade and is disease resistant.

The downside of tall fescue is that it doesn’t spread on its own. It’s difficult to damage, but if a patch does die, you’ll have to reseed it. Alternatively, you can plant KBG seed with tall fescue, and the KBG will spread to fill in any gaps.

Warm-season grasses are the opposite of cool-season grasses. They grow actively and look great throughout summer only to go dormant at the first frost of the year and stay brown until the weather warms up again in spring.

Bermudagrass is an excellent choice for yards that get a lot of foot and vehicle traffic because it forms a thick, durable carpet of a lawn and spreads rapidly, so it can fill in dead or damaged patches on its own. The problem is bermudagrass spreads so aggressively that it will invade flower beds and other cultivated areas if you don’t mow it often and keep it contained.

Carpetgrass can grow in soils where other grass types may struggle, including acidic soils and poorly drained soils that stay wet for long periods of time. It also can grow in shade, although it performs best in full sunlight. However, carpetgrass is sensitive to drought, cold weather, salty soils, and heavy traffic.

In color, carpetgrass ranges from a medium bright green to a greenish-yellow. It can spread to repair damage, but it grows slowly and will take longer to fill in holes than a fast spreader such as Bermuda or Zoysia.

Centipedegrass is similar to carpetgrass in many ways. It’s low-maintenance, shade-tolerant, a slow grower, and it spreads using stolons. The two even look similar, with a light green color and coarse texture.

Centipedegrass is a little more sensitive, though. Like carpetgrass, centipedegrass doesn’t do well in drought or in areas with lots of traffic. It’s sensitive to many other conditions, as well, including high soil pH, compacted soil, high phosphorus levels in soil, too much thatch, and some herbicides used for weeds.

St. Augustinegrass grows quickly, which means a lush lawn, but it also means more frequent mowing. Standard varieties should be kept relatively tall, but there are dwarf varieties if you like the dark green color and medium texture of St. Augustinegrass but want a shorter lawn.

Zoysiagrass is another good grass type for lawns with heavy traffic because of its ability to spread and repair itself quickly. Plus, this grass forms an extremely dense mat that resists damage from traffic in the first place.

There are many different species and cultivars of Zoysiagrass available, some with faster or slower growth rates than the norm and some with coarser or finer textures. Some types are more cold-tolerant, as well.

FAQ about grass types for the Piedmont Triad

How to take care of your new lawn

By choosing one of the best grass types for the Piedmont Triad area, you’re starting your new lawn off on the right track. But planting the grass is only step one of many. For as long as you want your lawn to stay green and healthy, you’ll have to help it through every season.

Remember that in the transition zone, your cool-season lawn may need some extra TLC to get through summer, or your warm-season lawn may need a leg-up from you in winter. Either way, don’t be alarmed if your grass turns brown during its dormant season — it will come back to life once active growth begins again!

Too busy to follow our lawn care advice? Call one of Lawn Love’s Piedmont Triad lawn care experts to keep the grass green for you.

Other Services In Piedmont Triad