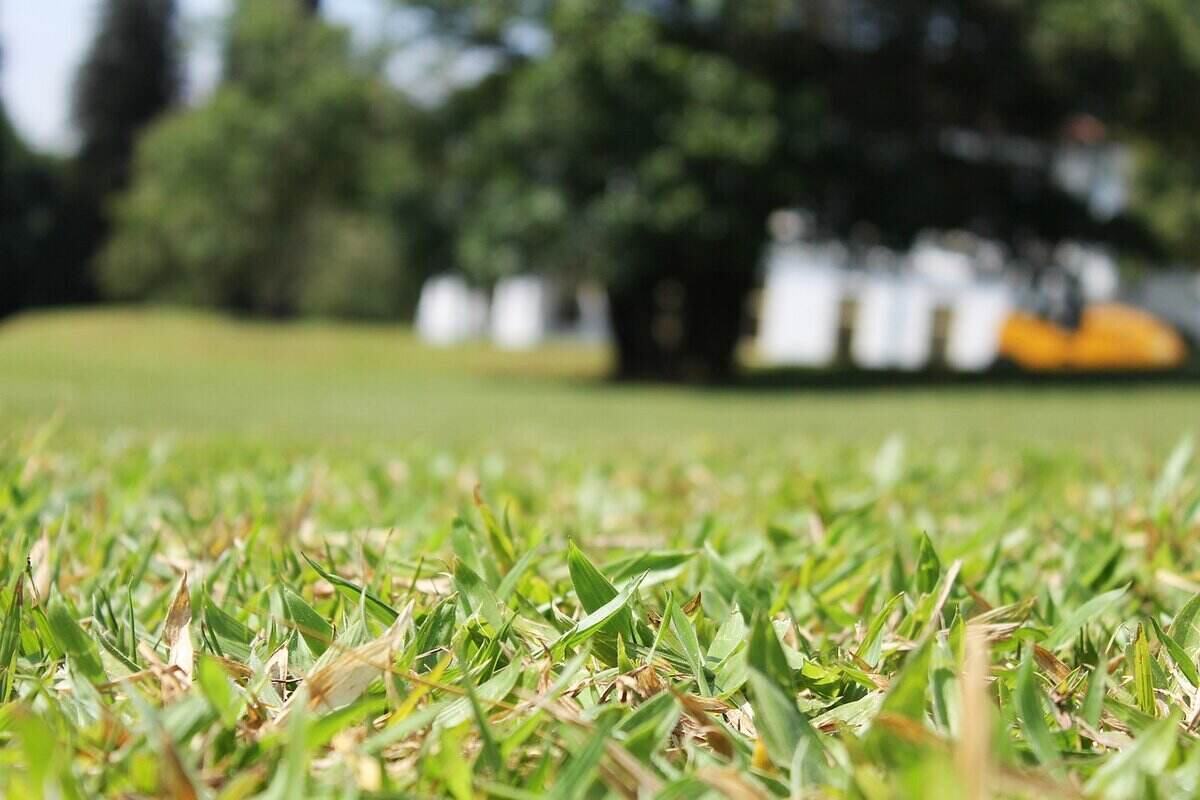 In the middle belt of the country, extending from California to Virginia, choosing the right grass for your lawn can be a middling experience at best. In the North, cool-season grasses are the coolest choices for short summers and cold winters. In the South, warm-season grasses are the hottest grasses in town for mild winters and scorching summers. But trying to grow grass in the middle region of the U.S. can make you feel a little like Goldilocks.

Before you fling a random assortment of grass seeds across your lawn, let’s go through which grasses are “just right” for your Transition Zone lawn.

In this article you’ll learn:

What is the Transition Zone?

The Transition Zone is the belt of land sandwiched between warm and cool growing regions. It’s where lawns experience both scorching summers and freezing winters, making it tough to choose a grass that won’t burn in summer or freeze in winter.

1. The cool, humid Northeast and Midwest

3. The cool, arid Great Plains and Intermountain West (between the Rockies and the Sierra Nevada)

What’s the problem with growing grass in the Transition Zone?

In other words, it’s hard to get a year-round green lawn in the Transition Zone. You end up with either a lovely green lawn in summer and a brown one in winter, or a healthy lawn in winter and a wilted yellow one in summer.

It’s tough to grow grass in the Transition Zone because there isn’t a turfgrass type specifically adapted to thrive in a climate with both hot and cold extremes.

Turfgrasses come in two varieties based on their preferred growing climate: Cool-season and warm-season. What makes them different? Biologically, it comes down to how they fix carbon dioxide to photosynthesize. Those photosynthetic differences mean they require different temperatures and environments to grow. Here are the growing qualities you can expect from each.

Warm-season grasses thrive in the South, where summers are hot and winters are mild. Winters can be stressful for warm-season grasses and they go dormant when temperatures drop too low. They’re highly efficient photosynthesizers and require less water than cool-season grasses.

How to choose grass based on your lawn

If you live in the Transition Zone, your grass choice is less straightforward than that of a homeowner in, say, Maine or Florida. So how do you make sure your lawn gets a healthy, green start? Test your soil, evaluate your lawn’s sun exposure, and talk to your neighbors about what type of grass they use.

As you read on about the pros and cons of cool- and warm-season grasses, consider how certain grasses can complement your lawn conditions.

For example, if your kids love running around your yard in the summer, a tough warm-season grass like bermudagrass or Zoysiagrass could be best. If your lawn is prone to shade, a mixture of fine fescue, Kentucky bluegrass, and tall fescue can keep your lawn healthy and prevent brown patches.

When choosing a grass, ask yourself which is more important to you: A lush lawn in summer or green grass in winter.

If you love hosting summer lawn parties and want your neighbors to “ooh” and “aah” at your beautiful green lawn, warm-season grass is your best option. It may not be as gorgeous in the winter, but you’ll have plenty of summer fun.

If you’re out of town during the summer and your lawn is the last thing on your mind, go with cool-season grass (you’ll still need someone to water it while you’re away). That way, you’ll have gorgeous greenery in winter.

Keep your expectations realistic: When temperatures fluctuate to one extreme or the other, your grass may go dormant, and with proper dormancy care, your grass will grow back green and healthy.

Pro Tip: You may need to amend your soil to give your grass the soil texture, nutrients, and pH level that it needs.

Many are now choosing Zoysiagrass and bermudagrass (both warm-season grasses). Homeowners with bermudagrass often overseed with annual or perennial ryegrass for a green lawn year-round.

Warm-season grass for the Transition Zone

If you live in the southern portion of the Transition Zone, two types of grass will stand up to the heat and the cold: Zoysia and bermuda. They’ll stay evergreen in most areas of the “northern South.”

How to maintain warm-season grass

Bermudagrass, also known as wiregrass or devilgrass, is one of the most popular grasses in the South and Transition Zone: It’s a speedy grower that thrives in most soil types and handles heavy foot traffic like a champ.

Bermuda spreads via both stolons (above ground stems) and rhizomes (underground runners), making a dense, robust plant that won’t damage easily. It’s easier to mow than Zoysia, and it’ll bounce back if you accidentally mow too low. Plus, it’s cheaper and more drought-tolerant than Zoysia.

The downside? Bermuda requires a whole lot of sun. If your lawn is partially shaded, go with Zoysia.

Zoysia is a coarse, light-green grass that is more cold-hardy and shade-tolerant than bermudagrass, and it can grow farther north. It’s highly drought-and heat-tolerant, grows well in most soil types, and resists pests once established.

Zoysia takes a while to establish and grows much more slowly than bermuda, but once it has filled your lawn, it requires very little maintenance. Zoysia does not need frequent mowing, and its density acts as a built-in weed prevention system.

Best varieties for the Transition Zone:

Cool-season grass for the Transition Zone

The best cool-season grasses for the Transition Zone are tall fescues, fine fescues, Kentucky bluegrass, and perennial ryegrass. If you go to a garden store, you’ll find them sold as mixes.

How to maintain cool-season grass

The downside? Tall fescue can grow a bit too well. During peak growth, it requires mowing about every six days.

Tall fescue is slow to recover from damage, so it’s often mixed with Kentucky bluegrass or perennial ryegrass to ensure lawn uniformity.

With emerald blades that are soft to the touch, Kentucky bluegrass is a favorite of homeowners across the country. It’s gorgeous, exceptionally cold-hardy, and soft on your feet (and your puppy’s paws). Kentucky bluegrass has a slow germination rate (14-21 days) and takes months to establish, but once it’s established, it spreads quickly via rhizomes.

Kentucky bluegrass requires more maintenance than the other cool-season grasses, and it’s less drought- and heat-tolerant than tall fescue. It needs more water and fertilizer during the summer months, and without routine mowing and fertilizing, it’s prone to disease and thatch buildup.

It’s often seeded with tall fescue or perennial ryegrass to prevent pests and ensure lawn uniformity, or with fine fescues to cover lawns that have both sun and shade.

If you want a low-mow lawn, fine fescues (like creeping red, hard, or chewings fescue) will save the day. Fine fescues have the highest shade tolerance of all the cool-season grasses, and they’re perfect for lawns with poor, dry soil. They are drought-tolerant, naturally crowd out weeds, and won’t require fertilizer or herbicide.

The downsides? Fine fescues can’t stand up to heat like tall fescue can, and they aren’t a great choice if kids and pets often play in your yard: They can only handle moderate foot traffic. Likewise, you’ll want to choose another cool-season grass (like tall fescue) if you have heavy clay soil.

Fine fescues are often mixed with the other cool-season grasses. They pair well with Kentucky bluegrass in sun-and-shade seed blends.

Perennial ryegrass is a glossy-leaved, speedy lawn hero that germinates in just 7-10 days and grows densely, making it a fantastic choice for heavily trafficked lawns. It thrives in full sun but can grow in partial shade, and it naturally resists disease and insects.

It’s not as heat- or drought-tolerant as other cool-season grasses, so it grows best in the northern part of the Transition Zone and is often mixed with another grass like Kentucky bluegrass (80-90 percent perennial ryegrass, 10-20 percent Kentucky bluegrass).

Perennial ryegrass is perfect for overseeding southern bermudagrass lawns in the fall to keep them green in the winter.

Pro Tip: Seed mixtures should contain no more than 20 percent perennial ryegrass. Otherwise, the ryegrass will crowd out other grasses.

FAQ about growing grass in the Transition Zone

Don’t rush to recite a eulogy when your grass turns brown during the summer heat or winter freeze. It probably isn’t dead. Rather, it’s dormant.

Dormancy is a survival tactic for grass under stress. In freezing or scorching weather, grass completely stops growing to preserve its energy and nutrients. Basically, dormancy is a long winter’s (or summer’s) nap for your grass.

In the Transition Zone, grasses are more prone to dormancy because they’re under more stress, either in summer or winter. You can combat dormancy by choosing hardy grasses and overseeding with compatible seeds.

When grasses are dormant, let them sleep. Don’t wake them up by applying fertilizer; they’ll wake up on their own when it’s safe to grow again.

2. Will high-nitrogen fertilizer help my cool-season grasses grow in summer?

Not in the long run. It’s a common misconception that high-nitrogen fertilizer will keep cool-season grasses growing during hot summers. In reality, giving your grass too much nitrogen will force it to grow when it doesn’t have the energy to do so, which weakens the plant and leads to disease. It’s better to use an organic fertilizer during the summer months.

3. Do I need to water dormant grass?

4. When do I plant cool-season or warm-season grasses?

5. What is the recommended mowing height for my grass?

6. How often should I mow my grass?

Mowing once a week is generally the best practice. Use the one-third rule to determine whether your grass needs mowing: Mow when your grass reaches one-third higher than the recommended mowing height. Never remove more than one-third of the total height of your grass.

It takes some discovery to find the grass that’s “just right” for your Transition Zone lawn. Choosing a hardy grass or mix will help you minimize lawn stress and keep your grass green for most of the year.

Want a hand with the yard chores? Contact a local lawn care pro to keep your new lawn healthy and happy, so you can stop playing Goldilocks with your grass.