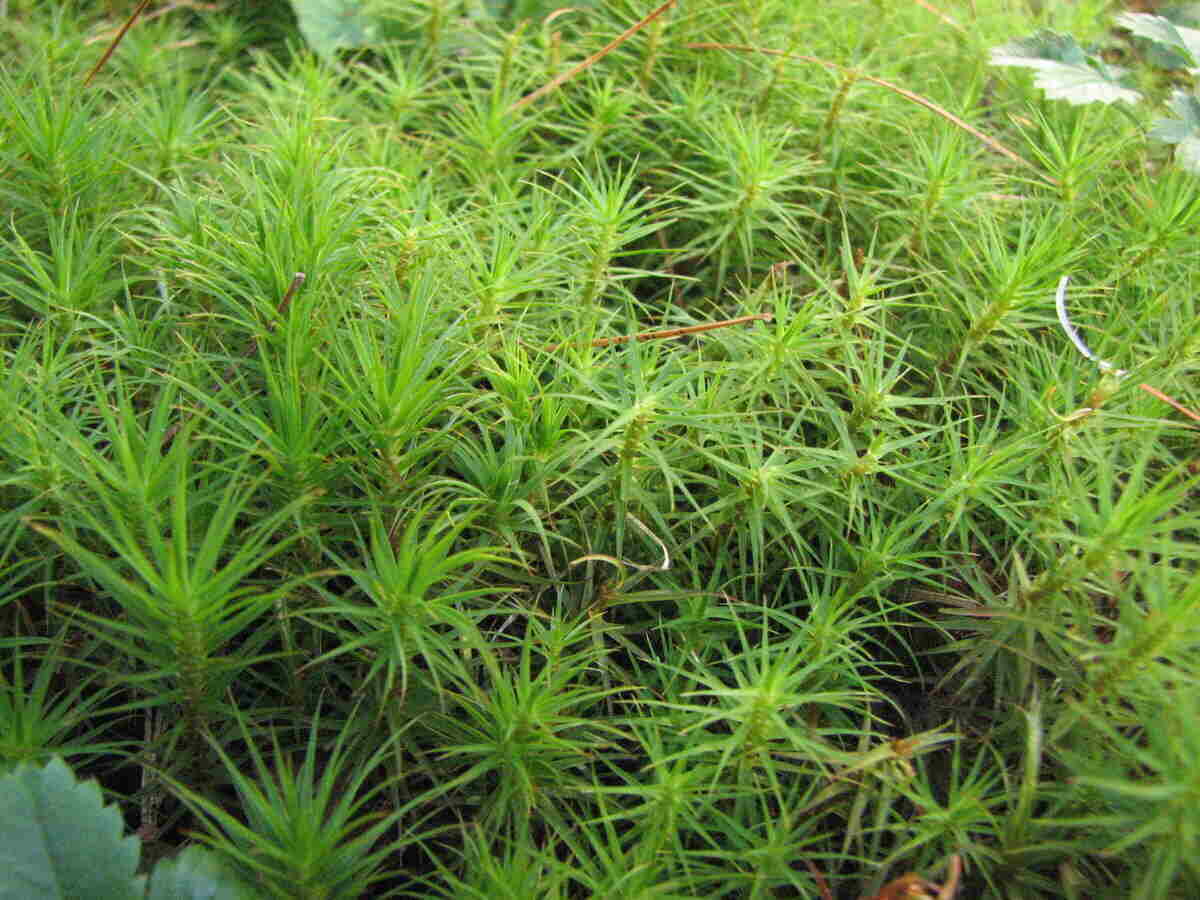 If you are new to gardening, you’ve probably heard of peat moss but don’t know a lot about it. Peat moss comes from decomposed sphagnum moss found underwater in peat bogs. Many gardeners add peat moss to their soil because it works wonders for some plants, but other gardeners avoid this common soil amendment like the plague.

Once you learn the pros and cons of peat moss, you’ll understand why it sparks controversy in gardening circles (especially eco-conscious ones). Should you stop using peat moss? You’ll have to weigh the pros and cons for yourself.

Pros of peat moss for the garden

Peat moss is a common ingredient in potting mixes, and many gardeners add it to their garden soil, too. Its popularity is all thanks to the many benefits of peat moss for improving soil quality.

Peat moss can hold several times its weight in water. It helps soil retain moisture longer. What does that mean for you? You don’t have to water your plants as often, and they’ll still have all the water they need.

Even though it retains water, peat moss prevents soil from becoming too water-logged because it releases moisture slowly. Peat moss has the best of both worlds: It holds sufficient water for plants while still having good drainage.

Peat moss is lightweight and has a loose texture, so it doesn’t get compacted over time as heavy soil does.

When soil becomes compacted, water and nutrients can’t get through to your plants’ roots. Your plants can die as a result. One way to solve this problem is lawn aeration. But with peat moss, your soil will be looser, and you won’t have to aerate as often.

Did you know essential nutrients (such as nitrogen, phosphorus, and potassium) can leach out of your soil when you water your plants? Peat moss helps prevent this nutrient loss. Just like it holds water, it holds onto those nutrients better than soil does on its own.

If your soil retains more nutrients, plants can grow strong and healthy without as much fertilizing.

Before they ship peat moss to stores, producers have to sterilize it. Because peat moss is completely sterile, it’s free of bacteria, fungi, and weed seeds that could harm your plants. Other organic matter (compost, for example) carries the risk of contaminating your soil with these pathogens.

Sterility is a great quality in a seed starter. Seedlings are extremely vulnerable, and they need a clean, safe environment in which to establish themselves. Peat moss provides that environment.

The process of peat moss decomposing takes place in a bog, underwater, without oxygen. In these anaerobic (oxygenless) conditions, peat moss takes centuries to break down.

Peat moss continues to break down at this slow pace in your soil, which means it lasts a lot longer than other organic materials. One application of peat moss will benefit your soil for two years or more.

Peat moss is acidic, and adding it to your soil will make the soil more acidic, too. That’s great news for any plants that thrive at an acidic pH.

Plants that need acidic soil and could benefit from an application of peat moss include (but are not limited to):

Cons of peat moss for the garden

If peat moss sounds too good to be true, that’s because it just might be. There are some things peat moss can’t do for your soil. Plus, many gardeners refuse to use it because peat moss mining is bad for the environment.

In nature, peat bogs are a type of carbon sink, which means they absorb more carbon than they release. Carbon sinks help regulate the amount of carbon dioxide in the air and slow global warming.

When humans mine peat bogs for peat moss, they take away from that carbon sink effect. And since peat bogs gain less than a millimeter in depth every year, they’re considered a non-renewable resource. That means once we mine the last of them, they’re gone (at least for several human generations).

Even if peat moss producers try to repair some of the damage after mining, a mined peat bog may never return to its former, natural self. Every time peat moss is mined, we inch closer to running out of this valuable resource for our planet.

Peat moss mining is bad for the environment in another way: It releases carbon emissions into the air. Carbon emissions contribute to climate change and global warming.

According to the United Nations, peatlands (another word for peat bogs) are the world’s largest holder of organic soil carbon, and they contain almost 100 times more carbon than tropical forests. When peat moss producers drain peatlands, they release a lot of that carbon into the atmosphere.

Most peat moss sold in the United States comes from peat bogs in Canada. Since it has to be shipped internationally, peat moss is more expensive than other organic soil amendments such as compost or pine bark.

Compare these prices of organic soil amendments (based on pricing from Lowe’s at the time of this publication):

Even though peat moss can help your soil retain nutrients, it hardly contains any nutrients at all in and of itself. You could call it infertile.

Peat moss doesn’t add sufficient nutrients to the soil for healthy plant growth on its own, so you usually have to add other soil amendments along with it. Gardeners often add manure or fertilizer along with peat moss.

✗ Too acidic for some plants

Remember when we said peat moss is perfect for acid-loving plants? There’s a downside to that, too. Peat moss can make the soil too acidic for plants that need an alkaline or neutral soil pH.

Before using peat moss in your garden, find out if your plants can tolerate acidic soil. Otherwise, you might end up killing them.

Peat moss makes a good soil amendment for some gardens, but it has other uses, too.

Some of the best uses of peat moss are:

Environmental proponents recommend only using peat moss in smaller quantities for these purposes instead of adding a large amount to your whole garden.

Have you decided not to use peat moss in your garden because you’re concerned about the environmental impact? There are more eco-friendly organic materials that can achieve some of the same goals.

These alternative organic soil amendments aren’t exactly like peat moss, but they do the trick:

You can find these peat moss alternatives online and at many garden centers such as Lowe’s and Home Depot.

1. What’s the difference between peat moss and sphagnum moss?


The difference between “peat moss” and “sphagnum moss” when we’re talking about garden supplies is tricky.

Peat moss is sphagnum moss that’s been dead and decomposing underwater for centuries. Through that decomposition process, it becomes useful for your soil.

2. Where can I find peat moss?

You can find peat moss at most garden centers (including Lowe’s and Home Depot).

Most often, you’ll find peat moss sold in small quantities in bags. When in bulk, it usually comes in bales or bricks wrapped in plastic. Sometimes, the product label will read “sphagnum peat moss.”

3. Why is peat moss being banned?

The United Kingdom’s government will ban the use of peat moss for home gardeners beginning in 2024 in an effort to preserve the country’s peatlands. According to the UK’s Environment Secretary George Eustice, the ban is happening because “Peatlands are our biggest terrestrial carbon store and home to some of our rarest species.”

There are currently no plans to ban or restrict the use of peat moss in the United States (or anywhere else other than the UK, based on our research).

No, peat moss doesn’t make a good mulch, even though the package label may list mulching as a potential use. Here’s why peat moss makes a bad mulch material:

—It’s so lightweight that the wind will easily blow it away.
—It isn’t very effective at suppressing weeds.
—It won’t add any nutrients to the soil as it breaks down, which is one of the main appeals of organic mulch.

5. What’s the ratio for mixing peat moss with soil?

If you decide peat moss soil is right for your garden, mix it at a ratio of 2 parts soil to 1 part peat moss.

7. Is peat moss a fertilizer?

No. Peat moss can help your soil retain nutrients and encourage your plants to grow healthier, but it barely contains any nutrients on its own.

8. Should you use peat moss in your garden?

Peat moss might seem great because of all its benefits for your soil, but it isn’t right for everyone. Don’t use peat moss in your garden if:

If you don’t want to use peat moss for any of these reasons, try making your own backyard compost instead. Compost is great for the environment, it won’t affect soil pH level, and it’s rich in vital nutrients for your plants.