Eliminate weeds before they can even appear

The best way to rid your yard of unsightly weeds, is to prevent them from even emerging. At Lawn Love, lawn care providers know exactly how to make weed seeds disappear, before they can even start to sprout.

We can match you with skilled, independent weed control professionals. Lawn Love offers selective pre-emergent herbicide spot treatments to stop even the most aggressive weeds. We’ll connect you with a local lawn pre-emergent weed control service that can service your yard in as little as two days.

Don't let your lawn and garden fall prey to weeds. Let us connect you with a lawn company. Give us a ring at 800-706-4117, or get a pre-emergent weed control quote online.

What our customers are saying

What is pre-emergent weed control?

The purpose of a pre-emergent weed control is to prevent weeds before they are able to germinate. By definition, a weed is any plant that is growing where you do not want it to grow. By applying this chemical at the correct time, you can prevent unsightly and undesired weeds in your yard.

What is included in the service?

The pre-emergent product is either sprayed or spread directly on an area where you’re trying to prevent weeds from growing. The chemical works by forming a barrier on the top layer of soil. It fights the seeds before the weed can actually sprout. The chemical fatally interrupts the seeds growth process in a way that prevents the seed from getting all the way through the germination stage. If you already have visible weeds in your yard then a pre-emergent herbicide isn’t going to solve your problem, but our weed control service will!

The difference between pre-emergent and post emergent weed control is that post-emergent herbicides are designed to attack weeds that are already established and growing. All of the contact weed killers are post-emergents. Post-emergents are applied later in the growing season, after weeds are established but before they have gone to seed.

Weeds can be found anywhere. Therefore you may want to use pre-emergent weed control on mulch beds and in flower beds in addition to your lawn.

Professional landscapers agree that a pre-emergent weed control is the most important part of a weed control system, and that it is the most effective method for preventing many of the most common lawn weeds.

How much does a pre-emergent weed control service cost? 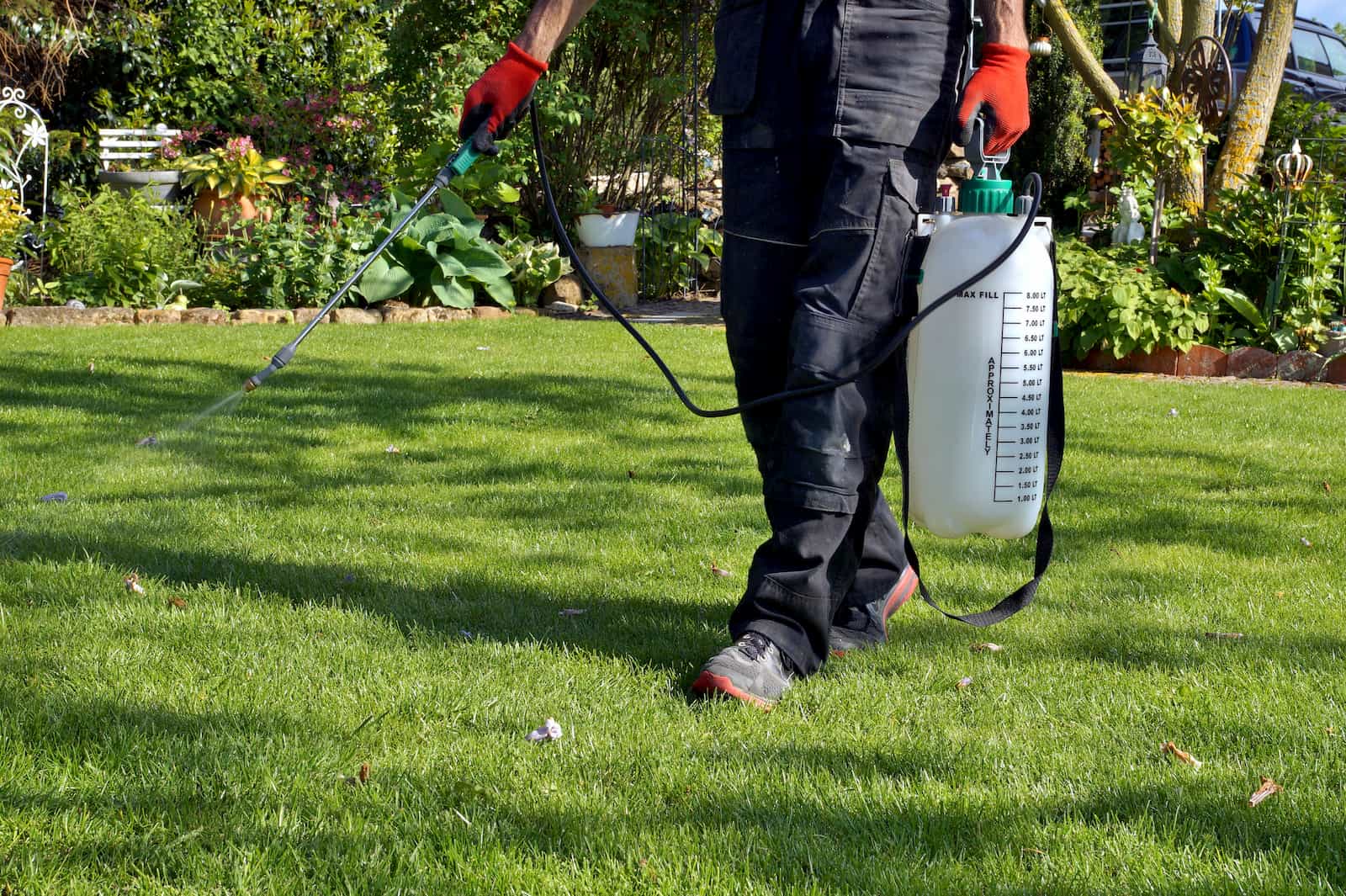 When should you apply pre-emergent weed control?

The most important aspect of pre-emergent weed control is timing. Early spring and early fall are the most effective seasons to apply. In some cases, you may also need pre-emergent services at other times throughout the year, but since most weeds sprout during spring and fall, this is the best time for prevention.

The first pre-emergent service should be completed as your soil begins to warm, that is when to use pre-emergent weed control. Depending on your climate, this could be any time during the year. Usually though, most soils across the US begin to warm in early spring, during March and April.

The best spring pre-emergent weed control is done to prevent summer annual weeds. Summer annual weeds start to appear as soon as soil temperatures begin to warm, usually in early spring months like March and April. Many species continue to germinate throughout the summer. Summer annual weeds sprout, then flower and produce seed, and are then killed by the cold weather of the fall season. These weeds are difficult to manage once they appear. The best pre and post emergent weed control for spring depends on what type of weed you are trying to get rid of.

Some examples of winter annuals are:

Herbicides can be classified several ways, and based on your needs and preferences, there are a couple different options of pre-emergent weed control for you to choose from. Ask your Lawn Pro which type of pre-emergent product they are using.

Systemic herbicides enter the plant through the roots and leaves and move throughout the inside of the plant.

Contact herbicides kill lawn weeds from the outside in. They attack the exposed parts of the plant, killing the weed by reducing its ability to feed itself through photosynthesis.

Contact herbicides kill only the plant parts contacted by the chemical, where-as systemic herbicides are absorbed by the roots or foliage and translocated (moved) throughout the plant.

A selective weed control means you are selecting the type of weed you want to prevent. The chemicals are formulated to kill certain types of weeds, and leave other wanted plant life alone. An example of a selective herbicide is a pre-emergent weed control designed specifically for the removal of broadleaf plants (leaves that have a flat, relatively broad surface). A pre-emergent broadleaf weed control will remove the broadleaf plants without killing the established lawn in which the weeds grow.

It’s hard to imagine that killing a pesky weed can be done organically. However, there are some natural weed control solutions that have worked for those that prefer a more environmentally-friendly solution.

Corn gluten meal is a powdery byproduct that comes as a result of the process for milling corn. Corn gluten has become a common organic and natural pre-emergent weed control alternative to synthetic chemical herbicides. It can be effective to control crabgrass and other lawn weeds.

Corn gluten works when the application of corn gluten is timed correctly, germinating crabgrass seeds will form shoots (the part of the plant that turns into stems and leaves) but not roots, and will therefore die.

Other organic methods for weed control are not considered pre-emergent, but may be a better choice for special uses such as vegetable gardens. These methods include: 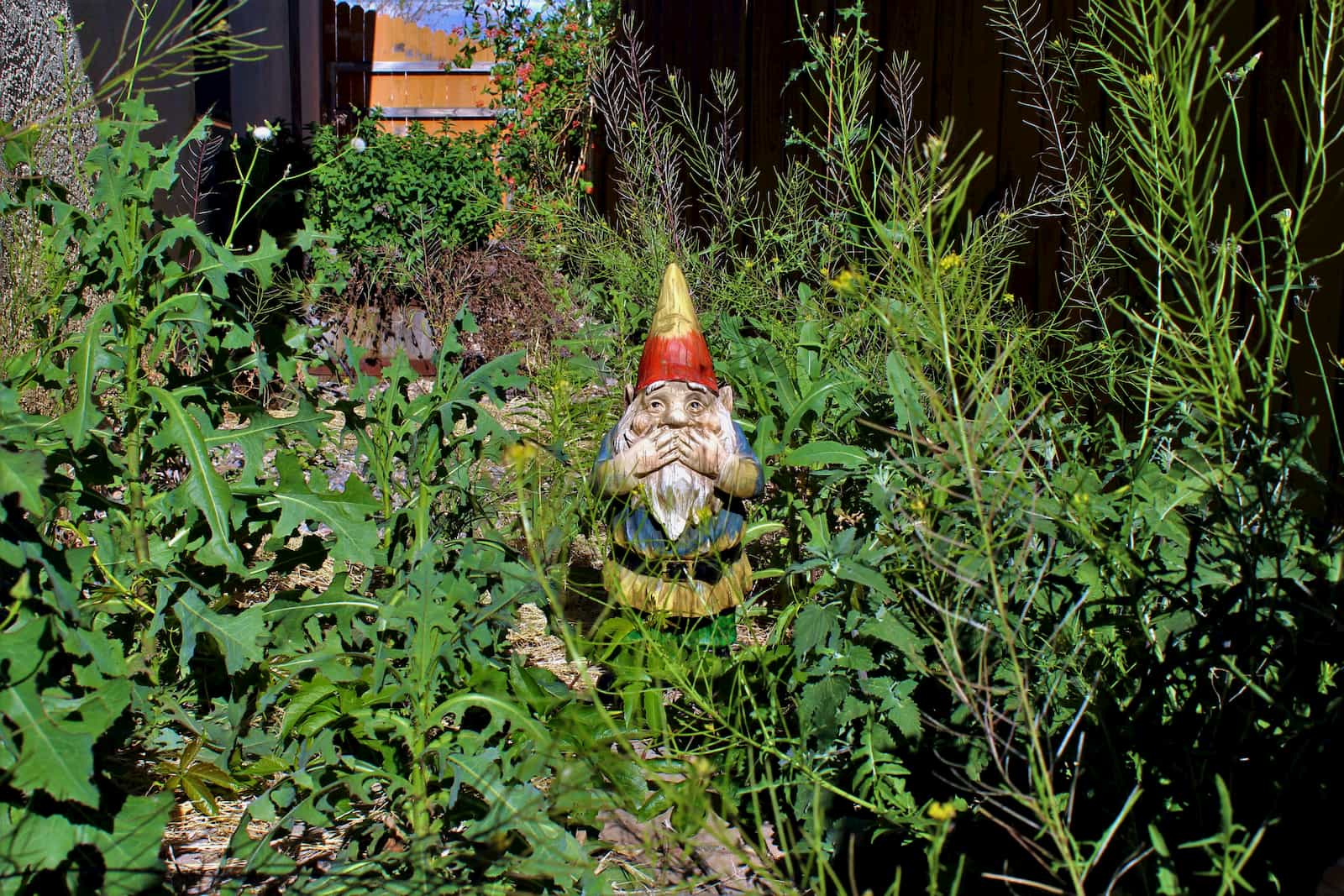 How to apply pre-emergent weed control

The first thing you need to do is determine what types of plants, weeds included, are growing in your yard. You need to know what type of grass you have, so you can prevent damage from the chemical application. You also need to know what type of weed is growing, so you can choose the best solution to prevent it. Search the internet, or take a sample into your local home and garden store to determine the plant type.

Read labels, understand the chemicals, and ask for help if needed. Some of the chemicals are designed to kill grass weeds, while others work best on broadleaf weeds. For example, if you have St. Augustine grass, you’re going to want to choose a St. Augustine pre-emergent weed control solution. This is why you have to know which types of plants are in your yard, and which types of chemicals kill those specific plants. The best pre-emergent weed control is going to be specific to the types of weeds growing in your yard.

The best pre- and post-emergent weed control is one that incorporates all of the above.

You can choose the best pre-emergent weed control products, but if you’re not applying them safely, they won’t work and even worse, could harm you. When deciding between selective or non-selective pre-emergent weed control products, you have to read the label of your chemicals to know what you’re applying. You also have to know what type of grass and other plants are growing in your yard, so you don’t purchase a chemical that will kill them.

Also, it is extremely important to closely follow the included instructions, including those for use, safety, clothing, protective gear, storage and disposal. Failure to follow instructions can increase the dangers associated with use of the chemicals and decrease their effectiveness.

Keep contact with the chemical to a minimum, this includes keeping pets and children away from the area for an extended amount of time. Safety should be everyone’s number one priority, so you may want to consult a professional in regards to application.

The best defense against weeds is a healthy yard. Combining lawn care with pre-emergent weed control; including proper watering, fertilizing, aerating, and mowing makes your yard competitive in the war on weeds -- along with patience and persistence.

Lawn Love is a modern, tech-enabled lawn care service. Just tell us your address, and we use a combination of high-resolution satellite imagery, machine learning, and human review to generate a personalized blueprint of your yard – all in under two minutes and without ever setting foot on your property.

From there, you can book your pre-emergent weed control service with just a few clicks, and we'll match you up with a skilled lawn pro to come by and complete the work. You can coordinate everything from your smartphone or web browser, and the entire experience is streamlined and delightful.

If you're not completely satisfied we'll come back and fix it, free of charge.

We carry a multimillion dollar liability insurance policy so you're fully covered.

Whether it's via chat, email, or over the phone, our team is always available to help.